My son went for several years in which the most artistic thing he created was a urine stain in the shape of a dolphin.  And then when he was around two years old, at a drop off program where I would leave him a few times a week, he began coming home with pieces of “art,” and by “art,” I mean things like this octopus: 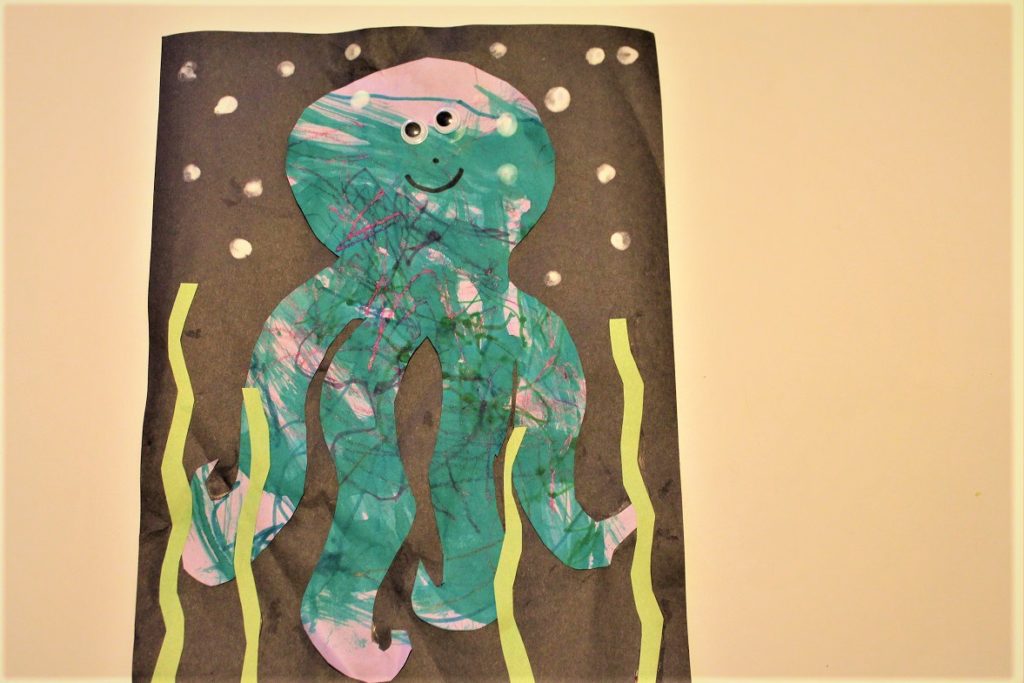 Which is ridiculous, because he did not make this octopus.  Because even two years later, this is as good of an octopus as he is capable of creating: 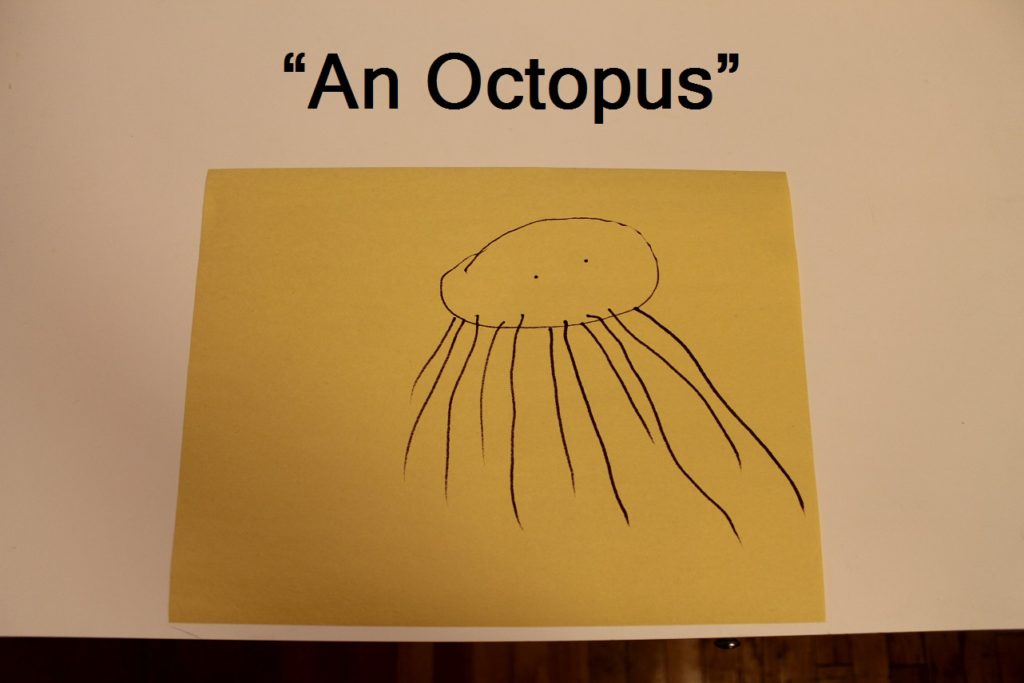 And in case you’re going to run to his defense and go, “Yes, it has the wrong number of legs but it’s a good attempt at an octopus,” know that the artist himself looked at this picture, sighed, and said, “No, this is a jellyfish.”

He did not draw that first octopus, the teacher’s assistant did, so I am not keeping it.  While I am mildly attached to the second octopus (which looks, for the record, like this mole on my husband’s neck that will not stop sprouting hairs), he will draw others like it and I cannot keep all of them.  The below masterpiece which I was informed was “our apartment” will go directly into the garbage, despite it being a fairly accurate representation of how totally filthy our apartment sometimes is. 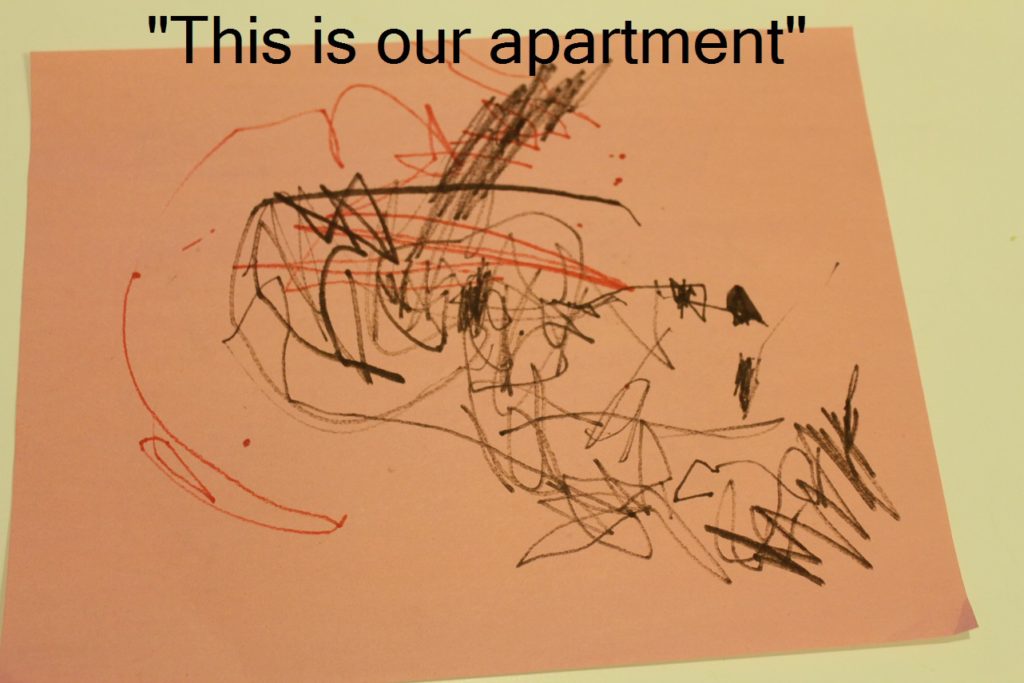 And it’s not that I want to devalue his artistic attempts, but he is a four-year-old child.  He is still at the age where if we are going to trek into the city to a museum, there’s a much higher chance that he will request to see dinosaurs than china from the Ming dynasty. 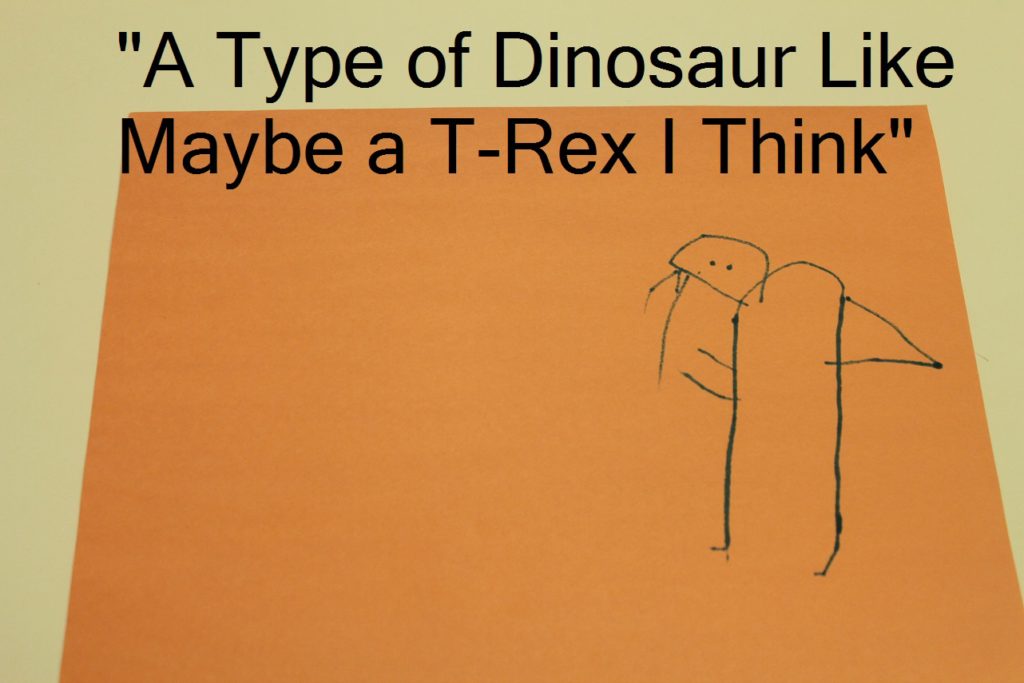 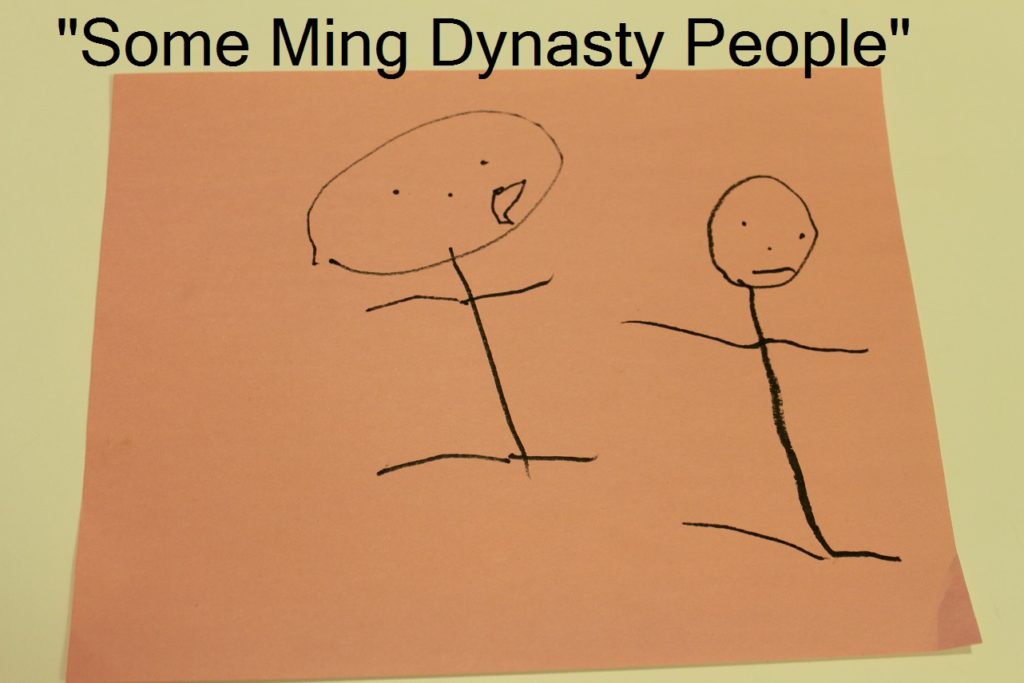 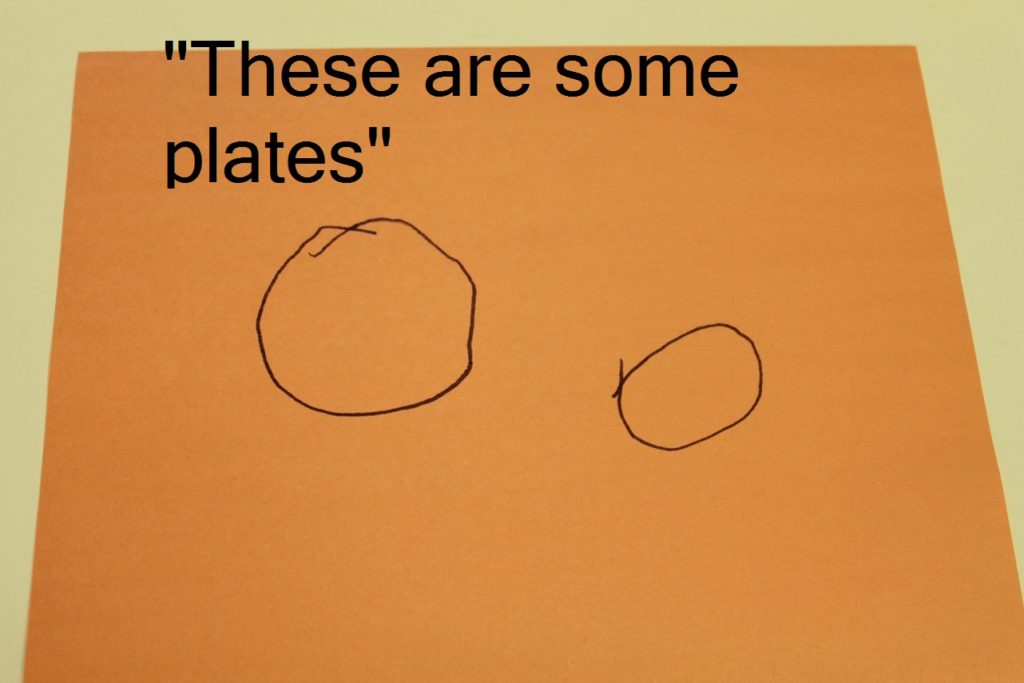 But I’m getting off topic.  We were talking about children’s art.  Someone once asked what I did with the art my son brought home from his drop off program and I said “I throw it away” and they said “Yes, but after how long?” and I said, “Usually into the first garbage can I walk past on the way home from the drop off.”

Thank you for asking!  I am a monster! 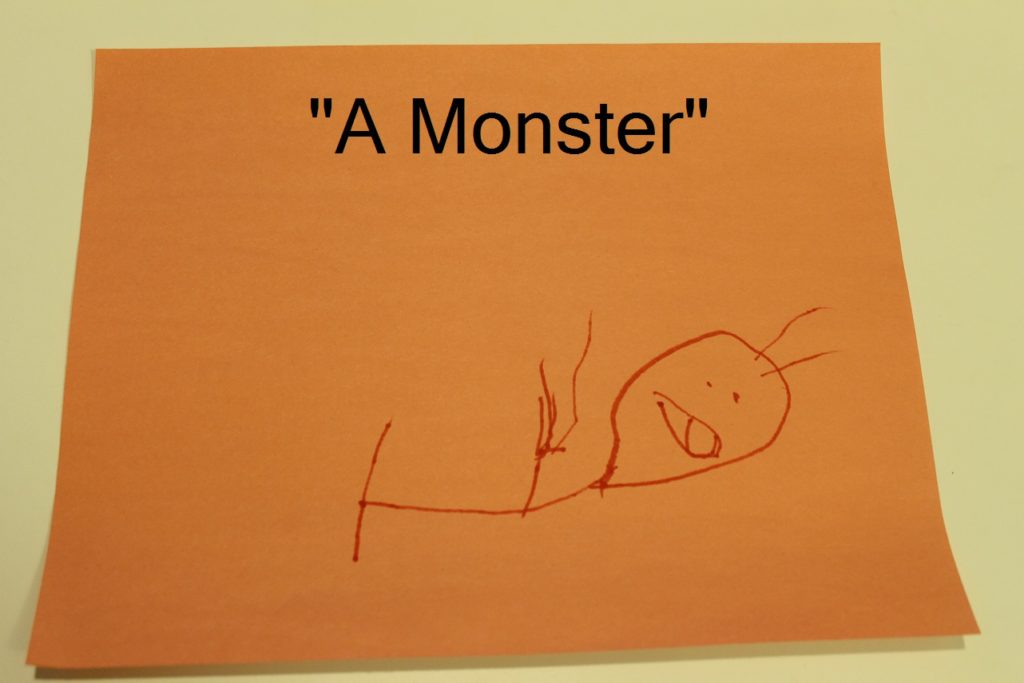 And if you are going, “Wait, your child handed you a piece of artwork and you literally just threw it in a garbage can after four minutes?” I am saying, yes!  Or no, because sometimes I would peel the googly eyes off the piece first since it seemed wasteful to throw away a pair of perfectly good googly eyes when you could take them home and glue them onto your appliances or place them over your dog’s eyes while she’s sleeping. 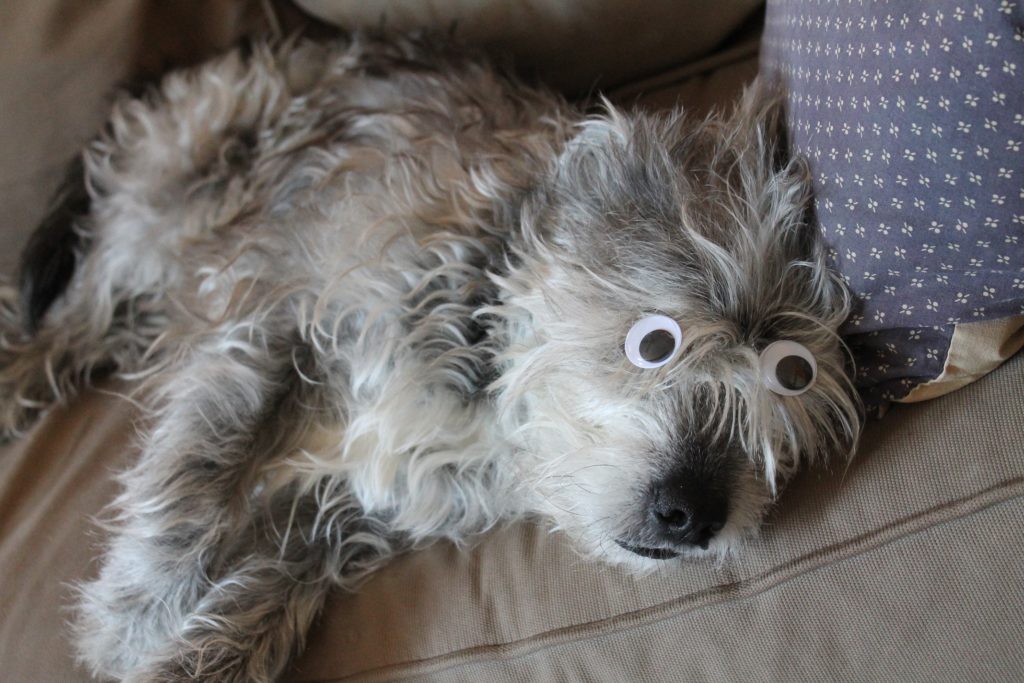 And in case you are wondering why I am getting rid of so much artwork, it is because I came from a family which held on to everything.  Once while going through my mother’s attic I came across a plastic baggie filled with shards of paper from the first time I successfully used a scissor.  She also held on to all the Get Well Soon cards from my tonsillectomy in 1986 and literally every self-portrait I have ever done. 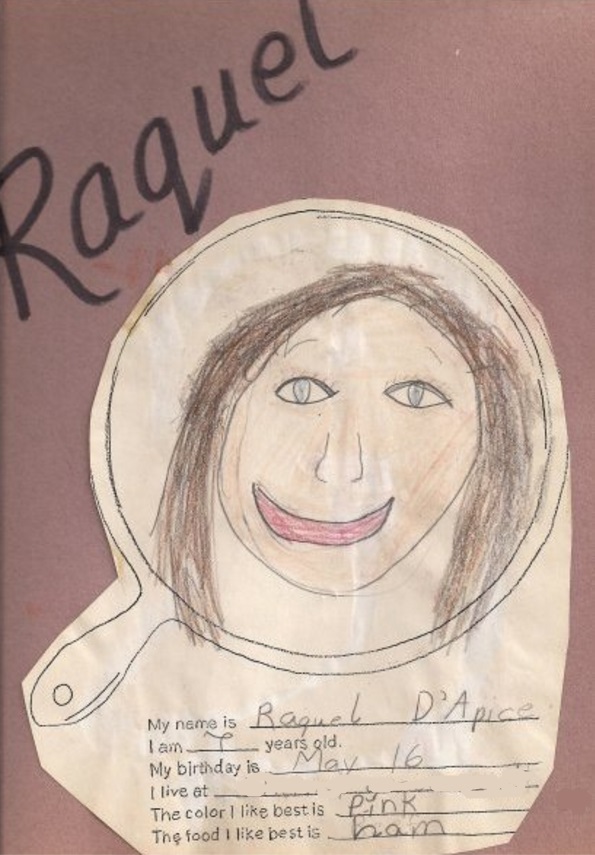 And I do not have the space.  I cannot keep everything my son creates and I cannot keep everything I create, because we create too much stuff.  In the beginning, God created the heaven and the earth.  But then several years later, God created Crayola washable markers and stickers and colored pencils and finger paint and stamp pens and glue sticks and (ugh) glitter, and pipe cleaners and construction paper.  And then a few years after that my husband and I created a small boy who produces drawings with the speed of an out-of-control machine in an I Love Lucy episode. 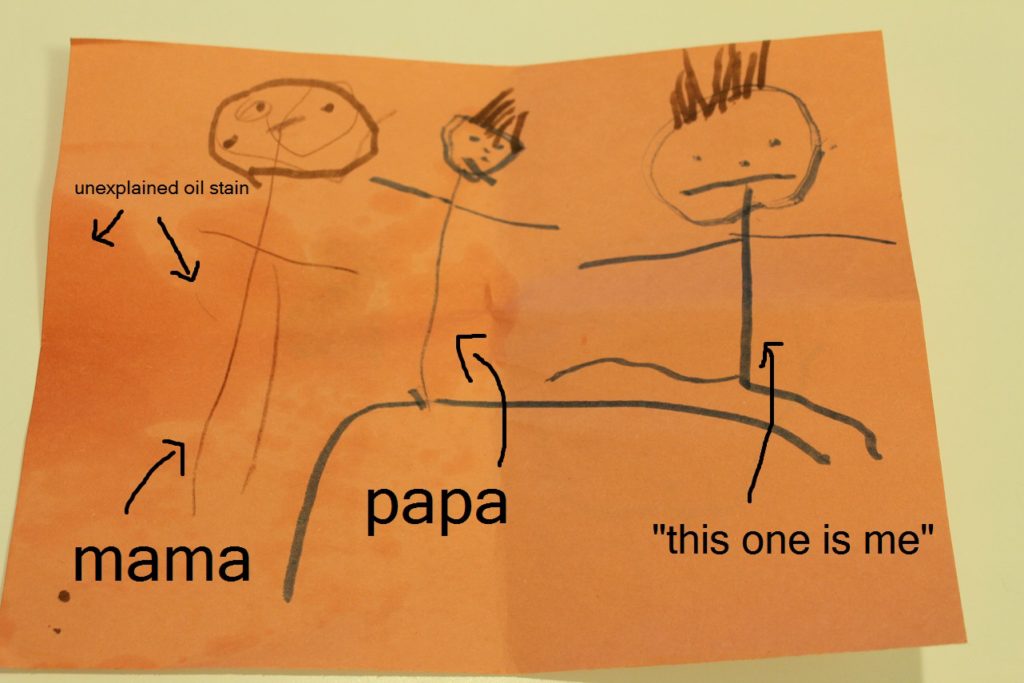 And the older he gets and the more he draws, the harder it is to throw things away.  Things that reflect his interests.  Things he loves.  Things he drew after remembering them from a dream.

2. Things that are unusual or showcase his personality.

3. Anything that is intended as a gift.

4. Things he makes at school that are so bizarre and weird that I can’t bear to throw them away. 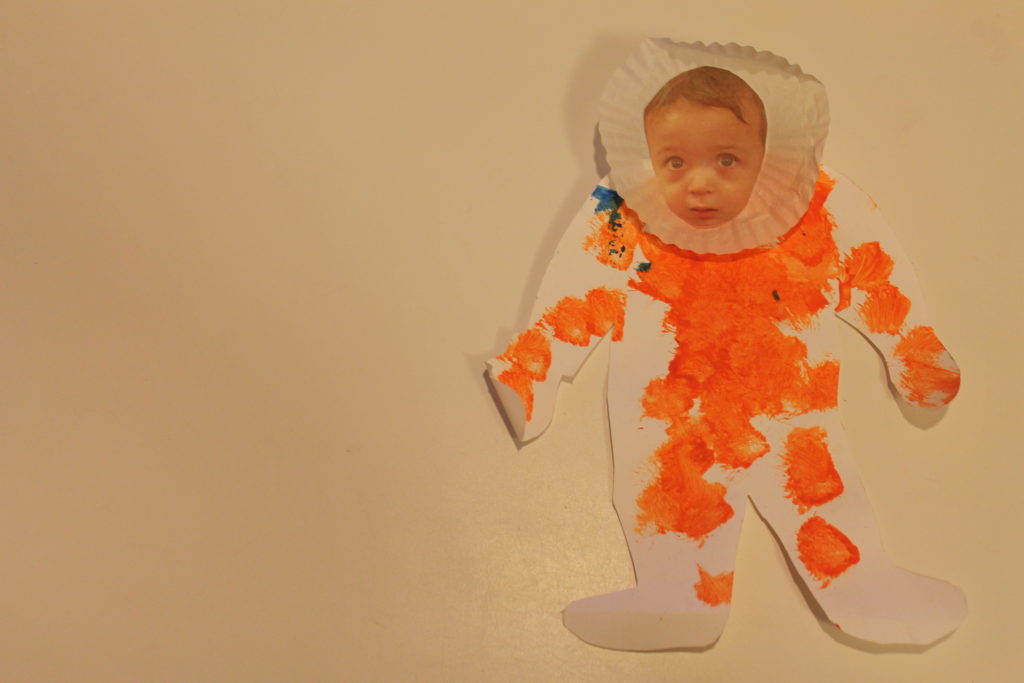 And the rest goes out.   I am not saying it isn’t hard because it is.  You always feel like you are throwing away something precious, and you are, but there is too much.

It is hard to let anything go.

If you enjoyed this piece, please sign up to follow the blog or follow The Ugly Volvo on Facebook or Twitter.  If you know someone who’s about to have a baby, I wrote a book called Welcome to the Club about some of the less celebrated baby milestones that is a wonderful baby shower gift and can be purchased for not-that-much-money here, here or here.  If you were really impressed by my self-portrait, thanks, I worked really hard on it probably.  I draw myself a bit differently now, but my name is still Raquel D’Apice.  My birthday is still May 16th.  I am no longer seven years old.  My favorite color is no longer pink (it’s yellow) and my favorite food is no longer “ham.”