My son is three years old and each night I rock him to sleep.  He grabs a bunch of small blankets from his crib and climbs onto my lap, or what is left of my lap, now that I am almost seven months pregnant with yet another kid that will need to be rocked to sleep.  And he rests his head on my chest and closes his eyes.  And he has these foot-long eyelashes that I would probably murder someone for and a head full of curly brown hair that people regularly comment on at the supermarket because it looks like I have an adorable child who is wearing a Rand Paul wig.   I wrap my arm around him and hold his tiny, calm body to my own body and as we rock together I stare at one specific thing for fifteen minutes straight.  And that thing is—

My phone.  I stare at my phone.  Part of me really wants to tell you, “His rising and falling chest as he breathes!” or “I memorize the folds of skin in his tiny round elbows!” but those things are both lies because I am totally looking at my phone.  What is on my phone that is so important that I would rather look at it than gaze at my wonderful son?

Nothing.  I am not even looking at anything important.

Here is some of the totally mundane and worthless stuff I am doing. 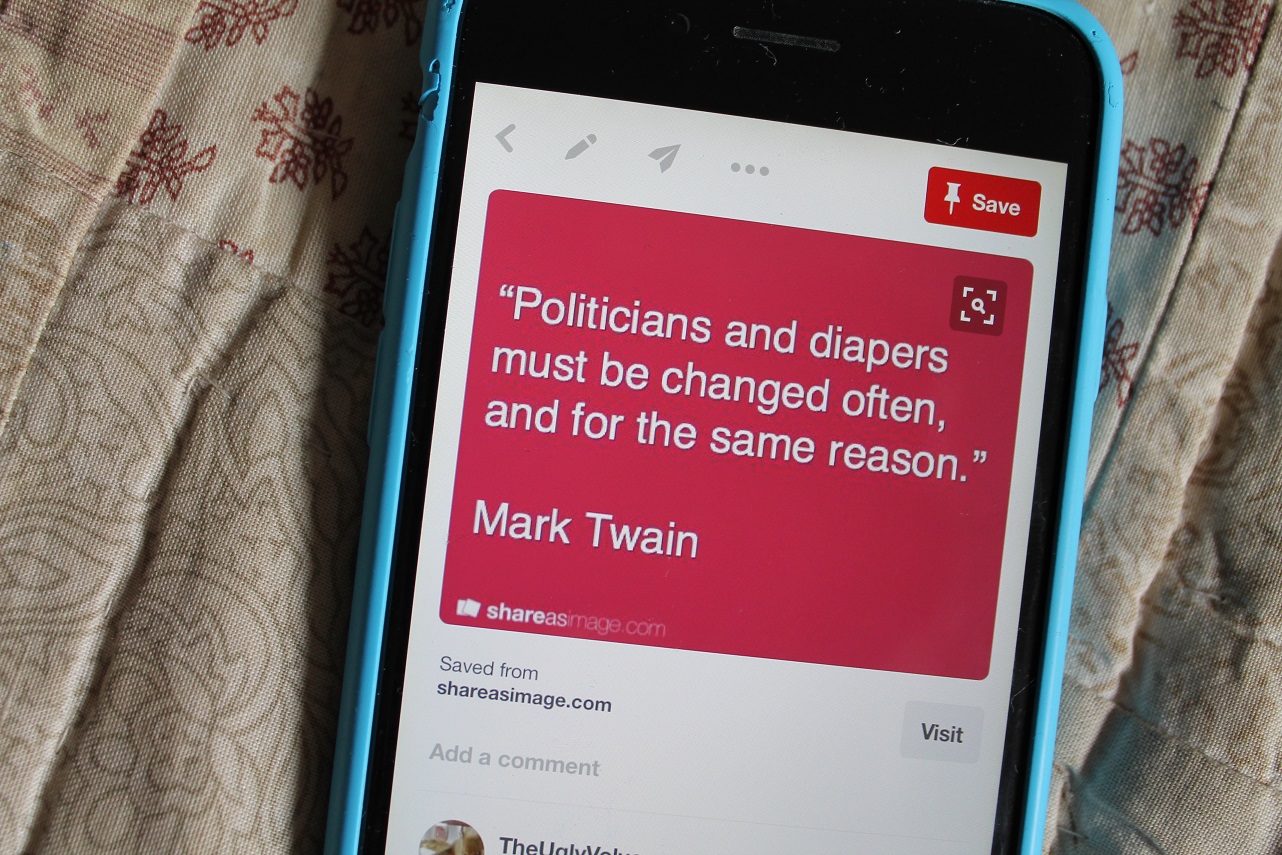 Facebook:  I will check to see if anyone has “liked” my photo of a pigeon eating a donut in a crosswalk.

Reading NY Times Articles:  I got a subscription to the NY Times online because of my belief that most of the other things I do online are so worthless and stupid that I needed something substantial enough to keep my I.Q. from dropping into the single digits.

And I always feel like the worst because I am looking at my stupid phone when I am holding something so emotionally valuable that embracing him literally changes the way my heart beats, but I do it because looking at him for that long is too much.  I will look at him and think about how much I love him, the feeling increasing like the growing line creeping up a thermometer until the bulb at the end is suddenly full and bursting and there is some sort of alarm bell going off going, “That’s it!  That’s it!  We’ve reached capacity!”  And that is when I pull out my phone.

I can’t look at and be overwhelmed by how much I love my son for extended periods of time because I haven’t reached whatever higher form of consciousness it is where I can experience love for that long.

So I am holding him in the dark, rocking him, his body curled in the same way he curled up as a baby, even though he is much bigger now and lately it is hard for him to get comfortable.  He fidgets a lot because my lap is getting smaller and his body is getting bigger and both of us know, possibly, that we do not have too much time left in which we will both fit into this rocking chair.  And he does not realize that in a few months someone else will be competing for both the space on my lap and my attention.  I don’t have the heart to explain it to him and he wouldn’t understand it anyway—I don’t fully understand it myself.

He falls asleep and I hold him to my body for a while, rocking.  I open my phone.  Pinterest offers me a beautiful array of small cabins—little houses with warm throw blankets and fireplaces.  Photos of rustic, well-organized pantries.  I scroll down toward the quotes “Art is never finished, only abandoned,” and “Stay close to any sounds that make you glad you are alive,” which I quietly save.  There is a recipe for sticky toffee pudding cake, which I have always loved, and a photo of a small cabin with snow on the roof.  My son fidgets again, digging his head into my collarbone.  There are more photos of small, quaint kitchens and libraries with rolling ladders and I would love to stay here but I know that I shouldn’t.  I quickly check my Facebook and 30 people have liked or “reacted” to my donut-eating pigeon photo.  And so I open the Times in my Newsstand App, familiarizing myself with what is happening in the world—the larger world outside this nursery and outside this town in which pigeons happily peck at donuts in crosswalks.  The world where often the front page photo is of a heartbroken family member or police frantically crowded around a crime scene or the faces of people who are shouting because they are frustrated and angry.  In general there is a lot of anger.  I scroll through articles, briefly re-acquainting myself with what is going on in the world, reading the main headlines and some of the Op-Ed pieces or other things I think are important or will be interesting.

The main image today is a photo of an older woman crying because she has lost someone in an attack.  I look at her and, placing my phone back in my pocket, I cling to my son the way he is clinging to his pile of blankets—with a deep-seated, intense love, but also a little bit for safety.

I also have a book being released in September called Welcome to the Club: 100 Parenting Milestones You Never Saw Coming that you can pre-order at Barnes and Noble, Amazon or Indiebound.  You don’t have to check it out or pre-order it, but I am letting you know that it exists.  And if you’d like to pre-order it, it would make my day.

Also please know that it was only because it made visual sense next to a photo of a Buddha statue that I used the Papyrus font.