Pregnancy is complicated.  Very often I am too exhausted from being pregnant to read much about pregnancy– I have a giant, thick copy of What to Expect When You’re Expecting which, at this point, I use almost exclusively to kill fruit flies.  It is hard to keep track of all the symptoms and side effects of pregnancy, and for this reason I have attempted to compile a list of some of the big ones in alphabetical order.

I hope, that if you are pregnant or about to become pregnant, you find this in some way helpful.

The ABCs of a Pregnancy 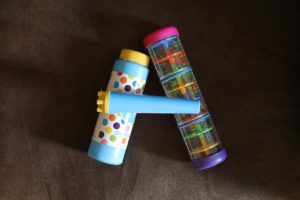 A is for Absolutely coming to terms with the fact that I probably won’t finish this list because of exhaustion since I am in the end of my third trimester and often have to sit down and catch my breath after activities such as “shaving my legs” or “picking up grapes that I dropped.” 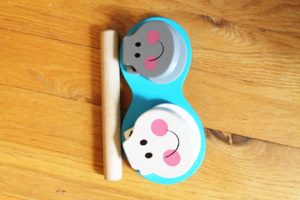 B is for Breast Tenderness because for most of the first trimester it’s going to feel like Oscar De La Hoya showed up and punched you in the chest while you were sleeping.  B is also for Backaches (later in pregnancy) and Birth Plan which is something you are going to spend a bunch of time coming up with and then probably not use because when you announce you wrote one, many doctors take you as seriously as they would if you announced you had written a poem.

(Ironically, my own birth plan is that I have written a poem that I would like to read aloud as I give birth and the poem goes like this, “Roses are red.  Violets are Blue.  Placentas are weird.  Give me an epidural.”) 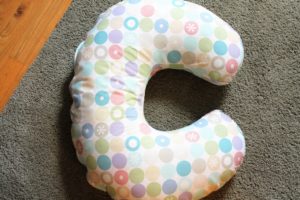 C is for the way in which I keep misspelling “Sciatica” every time I try to Google it because my brain is 100% determined that it should be spelled Cyatica and can be swayed by no amount of reason.  My brain has also always had trouble with the words “silhouette” and “embarrassed” so apologies to Miriam Webster, but I don’t know if I’m a good fit for that copy editor position. 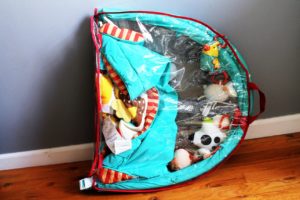 D is for Darkening aereolae, so head’s up that’s a thing that sometimes happens if you suddenly notice that your nipples look like they’ve been smeared with some sort of Aboriginal tribal paint. 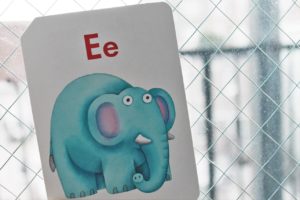 E is for Emotional Hurricane, which is what you will probably become every time something even remotely sad happens so STOP WATCHING THE HALLMARK CHANNEL, IT IS NOT GOOD FOR YOU.  E is also for Edvard Munch and his famous painting “The Scream” which is the face you are going to make the first time you watch a video in which a human head pops out of a vagina as if a woman is giving birth to a giant, hair-covered doorknob. 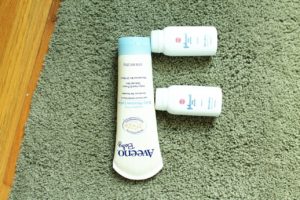 F is for Fatigue in the first trimester that’s so extreme you wind up collapsing on the couch right after work and eventually just sleeping there for 15 straight hours, except it’s so early on you haven’t told most people about the pregnancy yet so everyone’s like, “Wow, how are you like the laziest person who’s ever existed?”  Fatigue.  It starts with an F.  There’s another word that also starts with an F that my mother hates and that I’ve been trying to use less often but having all these pregnancy side effects is NOT HELPING. 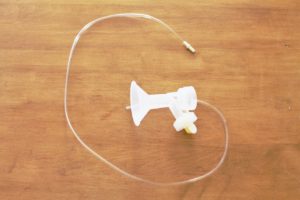 G is for “Good God, what is this omnipresent slime I keep finding in my underpants” which is how I imagine British people describe cervical mucus?  Confirm or deny?? 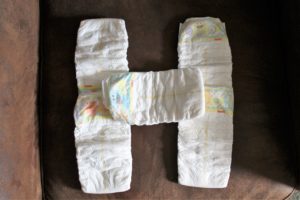 H is for Headaches, but also for Hair, because your hair is going to be gorgeous and full and you’re going to look like you just walked out of a Revlon Ad, if Revlon was doing a casting call for angry, croissant-shaped women with sciatica to be in their 30-second shampoo commercials.

I is for Invasion of personal space, which is what happens when random people you barely know walk up to you and touch your stomach like you’re some sort of religious relic that bestows luck upon weary travelers.  Do people understand how weird it is for strangers to touch your stomach?  I is also for an Invention I created where you hook it up under your shirt and when people you don’t know touch your pregnant belly it makes a noise like a bear or an angry Doberman Pinscher attack dog and it totally scares the crap out of people. 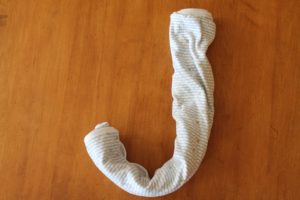 J is for Just kidding about the invention, I’m not an inventor, but seriously, how is it ok that people I barely know walk up and rub my stomach like I’m Aladdin’s lamp?? 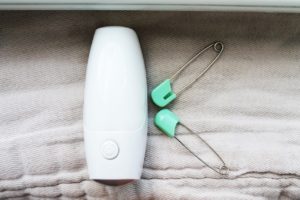 K is for Kicking, which is a thing you’ll feel the baby do between the hours of 3 and 7 in the morning while you are lying awake in bed, staring at the ceiling, wondering what having a baby is going to be like because you have literally about a billion questions about what you’ve gotten yourself into and what better time to think about it than the hours you’re supposed to be resting? 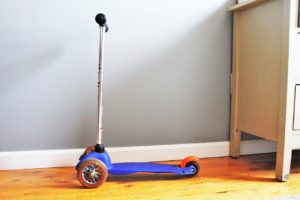 L is for Listeria, which is the disease that 4 months ago you had possibly not even heard of but is now the reason you aren’t supposed to have hot dogs, sausages, deli meats, brie, camembert, any soft cheeses, any cheeses made with unpasteurized milk, any patés, meat spreads, newt eyeballs, unwashed Monopoly tokens, pieces left over after assembling IKEA furniture, refrigerated smoked seafood, Skittles scraped off the floor of a department store, or any perishable food that’s been out of the fridge for more than two hours. 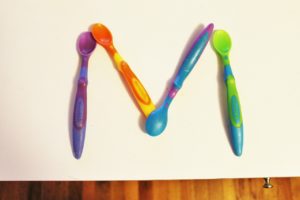 M is for Mucous Plug which is a good indicator that you may be about to go into labor but is a terrible thing to look up on Google Images if you don’t want to lose your appetite.  Part of me is going, “Wow, glad I checked, it’s really helpful to know what a mucous plug looks like so maybe I’ll know when I lose mine,” but part of me is going, “Who are all these women taking photos of their mucous plugs and posting them on the internet??” 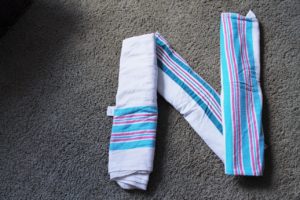 N is for Nausea which will be completely maddening because you’ll be ravenously hungry but will feel like you want to throw up everything you eat for the entire first trimester and will sometimes even get nauseated from non food-related things like brushing your teeth and OH MY GOD, WHO DESIGNED PREGNANCY?  WOULD THIS NOT BE EASIER IF WE ALL JUST LAID EGGS LIKE BIRDS?? 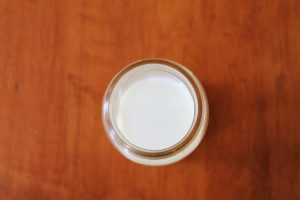 O is for OB-Gyn (very possibly the person to whom you’ll hand your birth plan!)

Roses are Red!  Violets are Blue!  Sugar is Sweet and I talked to someone over the phone and they assured me you guys take Empire Blue Cross Blue Shield so I wanted to know why we have a bill here for 3,200 dollars? 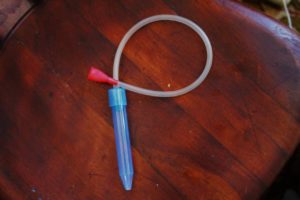 P is for Physical Therapy, which has really helped with the back and muscle pain (highly recommended) but which has done almost nothing for the sciatica. 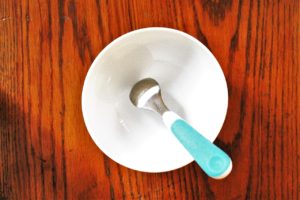 Q is for Questions as in “Hi, I have a bunch of questions about how much this is actually going to hurt because we’re getting close to the end and I’m getting a little bit nervous?  Hello?  I’m so sorry to be a pain but I’m seriously freaking out here a little.  Is anybody there?  I HAVE QUESTIONS. 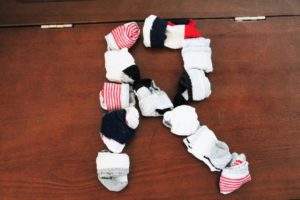 R is for probably lots of stuff but I can’t think of anything right now so we’re going to skip it. 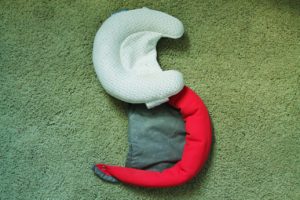 S is for Sciatica, in case anyone didn’t see that one coming a mile away. 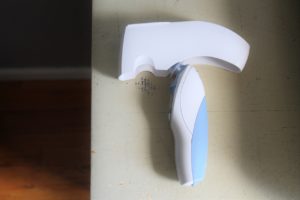 T is for Taking blood samples from you every eleven seconds, to the point where you want to go, “Hey, do you want me to just leave a bucket of my blood here in the office and if anything else comes up you can just test from the bucket you already have since my skin has so many punctures and holes in it I’m starting to look like one of those unpasteurized cheeses that I can’t have since they could theoretically give me listeria? 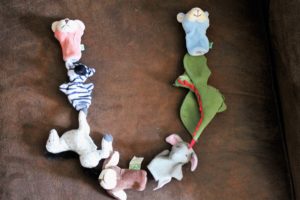 U is for Uterus, which definitely has something to do with having a baby but I’m exhausted and tired of Google searching stuff.  Sorry. 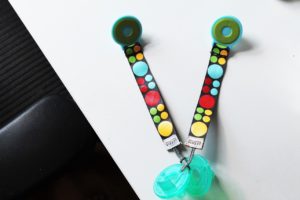 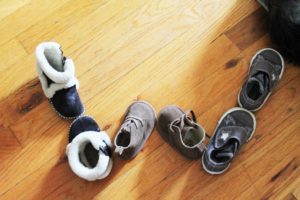 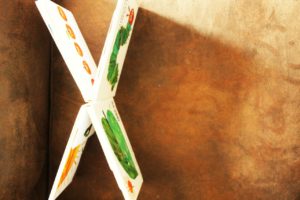 X is for Xylophone birth, in which you give birth in a room full of Xylophones and it’s this really new thing that a lot of women are doing and apparently is supposed to be great? 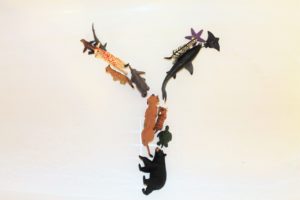 Y is for Yeast Infection because we’re about two weeks away from having a baby, so what better time to get a yeast infection so painful it almost takes your mind off the sciatica while simultaneously making you want to shove a wad of rolled up sandpaper into your vagina?  IMPECCABLE TIMING, BODY CHEMISTRY. 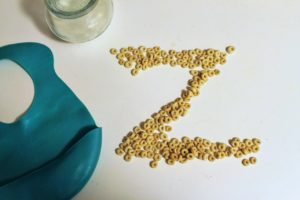 And Z!  Z is for going through one of the most painful experiences of your life and then holding a minutes-old new baby in your arms in one of the most confusing, surreal moments of your existence.  Z is for panicking and then being elated and then panicking again and for not having any idea what you’re doing and for sitting in a dark nursery, night after night, wondering about how your life has changed and will continue to change.  Z is for a slow, sometimes painful recovery and a long, wild journey during which you discover the complex emotions that go along with being a parent.  I’m sure Z is also for some killjoy who’s going, “Hey, none of these things start with Z,” but screw that guy–  Z is for thinking outside of the box, which is something you have to do all the time after you have kids so you might as well start now.  Z is for learning to be stronger than you’ve ever had to be and loving someone so fervently that it is literally, literally painful.  Z is for the unexplainable feeling that you’ve added another dimension to your life.  Z is wonderful and Z is also terrifying.

I don’t have any specific advice, since everyone’s Z is different, but I know it can be incredibly hard.  Stay strong, keep your chin up, and whatever your Z may be, I wish you the absolute best of luck.

I’m very likely going to give birth to a baby very soon and am pretty terrified.  I’m also releasing a book on September 20th about some of the really hard parts of having a baby so nice timing on that one, right?  A really good time to run around promoting a book is when you are still wearing mesh panties and biting your cuticles off from anxiety.  Regardless, the book is called Welcome to the Club: 100 Parenting Milestones You Never Saw Coming, and anyone who’d like to pre-order it on Amazon, Barnes and Noble or Indiebound, you will live warmly in the ventricles of my heart forever.  Thank you.