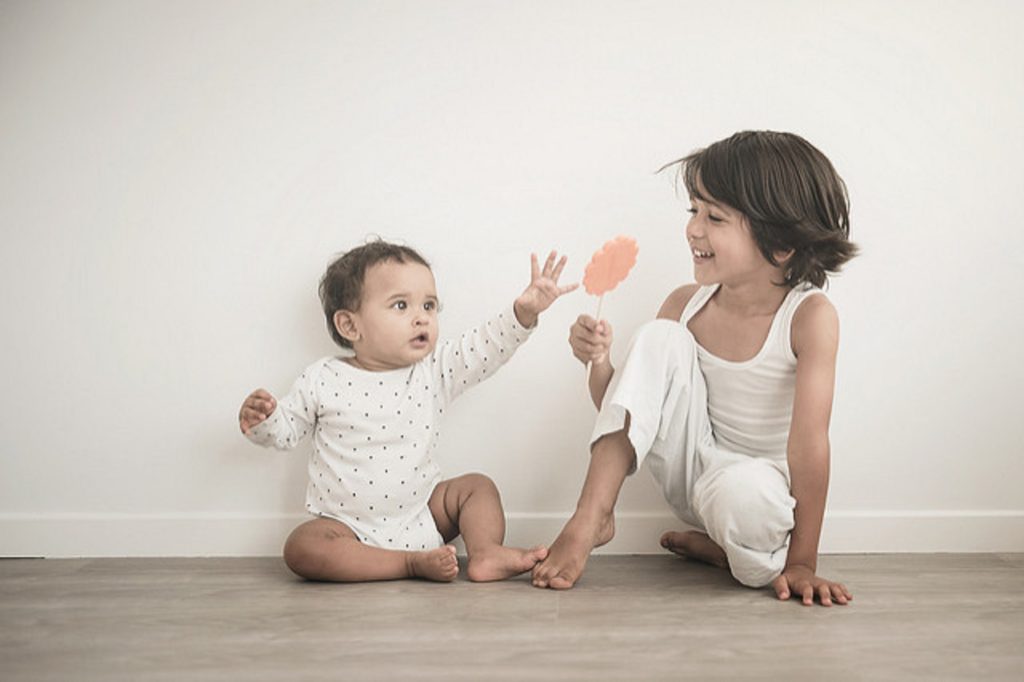 Upon having a second kid, I promised myself “I will treat this new kid exactly like the first kid!” while the whole time knowing that it was extremely unlikely (Nate Silver listed the probability at 0%) that that was how things would play out.  One of the things I had hoped I’d do (in addition to far-fetched goals like “fully meet all his emotional needs!” and “consistently remember his name”) was “manage to take month-by-month photos of him, like I had done for his brother.”  They sell Pinterest-ready stickers you can place on your child’s onesie for these photos, marking the month.

And yet I found, unsurprisingly, that the stickers I had used for my oldest child were not always the same ones I would need for my second.  So I made my own. 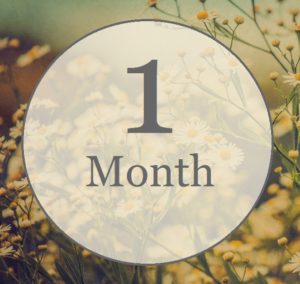 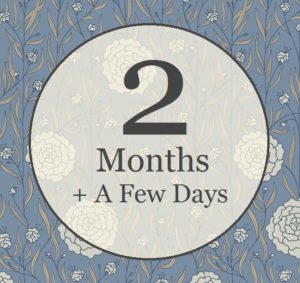 You are two months old today!  Or ok, not today exactly, but on the actual day I didn’t manage to take photos because I was super busy staring at a blue IKEA bag full of laundry, willing myself to fold it while simultaneously not folding it.  Laundry! Taking photos!  Burrowing through the wall of my prison cell and then covering the hole with a Raquel Welch poster so the guards won’t find it!  There are so many things I want to do and have every intention of doing them but I just lack follow through. 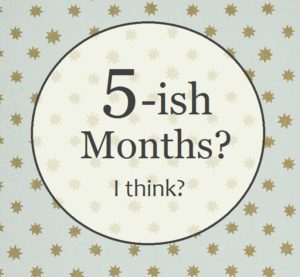 You are 5 months?  6?  Totally meant to take photos when you were 3 and 4 months but the camera card was full and “uploading photos to the computer” somehow turned into “four hours of reading Amazon reviews for white noise machines.” 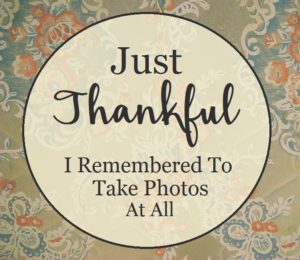 There should be an online quiz called “Are you ready for a second kid??” and the first question is, “Have you ever had a plant that lived longer than 2 weeks and/or have you ever managed to pay your Verizon bill on time?” and if you answer “No, not even once,” it goes, “Hey, maybe once you can get a succulent to live longer than a fortnight we can talk about creating an additional human being to live in your 900 sq foot apartment that doesn’t have central air.”  Because if one kid is ONE unit of difficulty it makes sense that two kids would be TWO units of difficulty and yet somehow having two kids is FOUR HUNDRED THOUSAND units of difficulty (Should be accurate, but someone please double check my math!).  Also, I assumed I would occasionally have slightly more energy than a senescent octopus, moments from death, which (sadly) has not been the case. 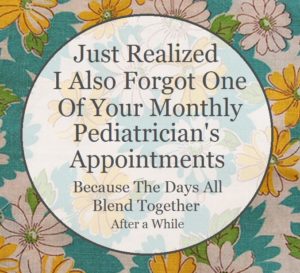 I was super embarrassed because I NEVER IN ONE MILLION LIFETIMES would have let this happen with my first son, but then again with my first son I wasn’t at the doctor’s office every two weeks because I had two kids who were batting a case of Pink Eye back and forth like a conjunctivitis-themed version of the U.S. Open.  Who will win???  Pink Eye-stricken Andy Murray or Pink Eye-Stricken Djokovic or Pink Eye-stricken Roger Federer (the kid from school who originally gave us Pink Eye) or me (because of course I also got it) or no one wins because they just keep batting it back and forth for infinity until the pharmacist at Duane Reade starts remembering my name because I am there so often. 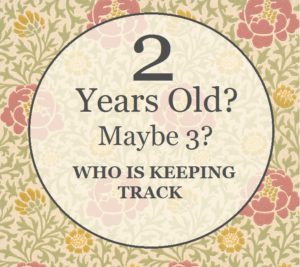 You disappear every morning between the hours of 9 and 1PM, so I’m assuming you are either in some sort of Pre-School-type program or have befriended a mild-mannered vagrant who has familiarized you with the names of farm animals and shapes.  Weirdly, I am more or less fine with either of those scenarios. 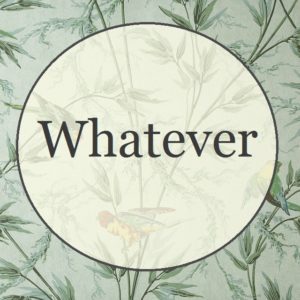 You’re “whatever age it is where you ask for an iPhone all the time.”  It has been increasingly difficult to find onesies in your size, as you are roughly as tall as an adult male gorilla, though less muscular and more likely to challenge rivals in disputes over food.  I really dropped the ball on this monthly photo thing but am happy you’ll have lots of stuff to eventually talk about in therapy. 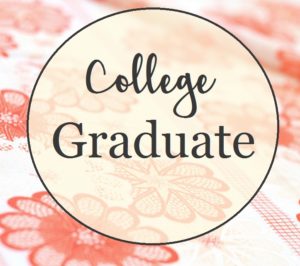 You were so sweet and embarrassed when I tried to stick this on your graduation robe.  I just wanted to make sure I got a few more photos of you to add to the album before you fly off and make your own way in the world.  KIDDING!  You will probably move home in a year because machines have taken all the jobs but if you wind up becoming the leader of the army facing off against the robot uprising just bear with me because I’d love to get a photo of that too.

Thanks for reading.  If you’re headed to a baby shower and want to buy a gift for the new parents, I have a book out called Welcome to the Club: 100 Parenting Milestones You Never Saw Coming which you can buy through Amazon, Barnes and Noble, Indiebound, or a bunch of other places I’m not going to bother to link to because my kid only naps for 2 1/2 hours and I still have to fold that blue IKEA bag full of laundry. 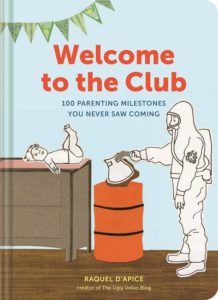 you are welcome to do that.  I should post there more often and again, I’m going to use the laundry thing as an excuse.

Photo of a Hyena: Here is a photo of a hyena