I see a lot of ideas online for things to do with your child, but most of them are a lot of work.  Many of them involve an unnerving amount of craftiness and/or require going out to buy things.  Almost all of them involve moving around which, many days, is fine, but some days can be pretty rough.  Not that I don’t love getting down on the floor and playing with my kid (I love it a great deal) but I’m an adult in my mid-thirties.  I can pretend to be a dinosaur for about 90 minutes (something I happily list on my professional resume) but after an hour and a half, all bets are off.  And given that many days I’m home with my son for over eight hours, things can get a bit dicey.

I’ve taken the liberty of brainstorming some fun child/parent activities in which your child can be adventurous and creative and you can lie on the sofa reading a book.  Here’s my list so far. 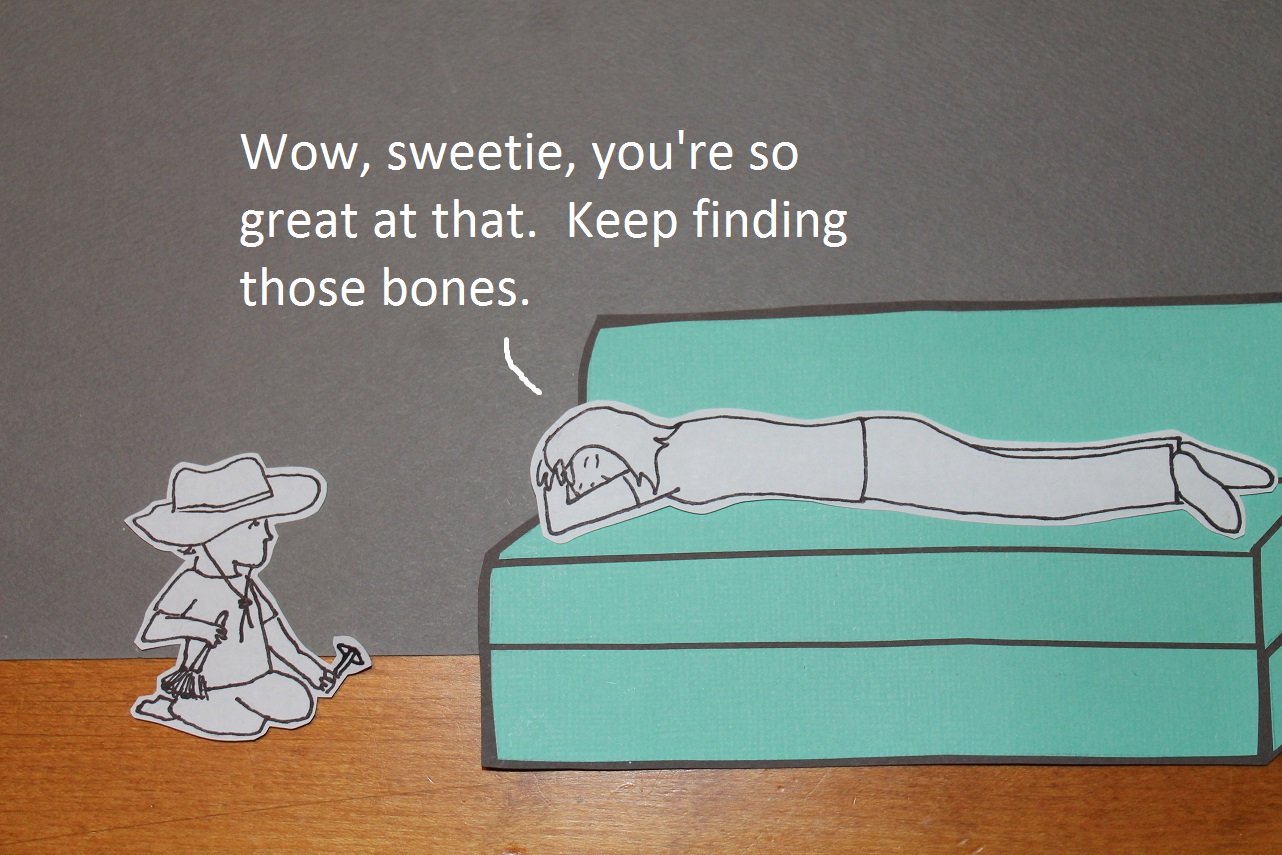 Your child is a budding paleontologist and you are a fossilized dinosaur skeleton embedded in the hills of Montana (i.e. the sofa).  With a small pick and brush and instructions to be VERY GENTLE so as not to damage the fossils, have your child slowly “dig” you out of the rock, pretending to place your bones in a small dish.  Explain that this is an incredibly time consuming process and that chiseling out the bones not only takes hours or days, it should be done in total silence. Your main job in this game is to provide the initial instruction on paleontology, and then just lie really still. 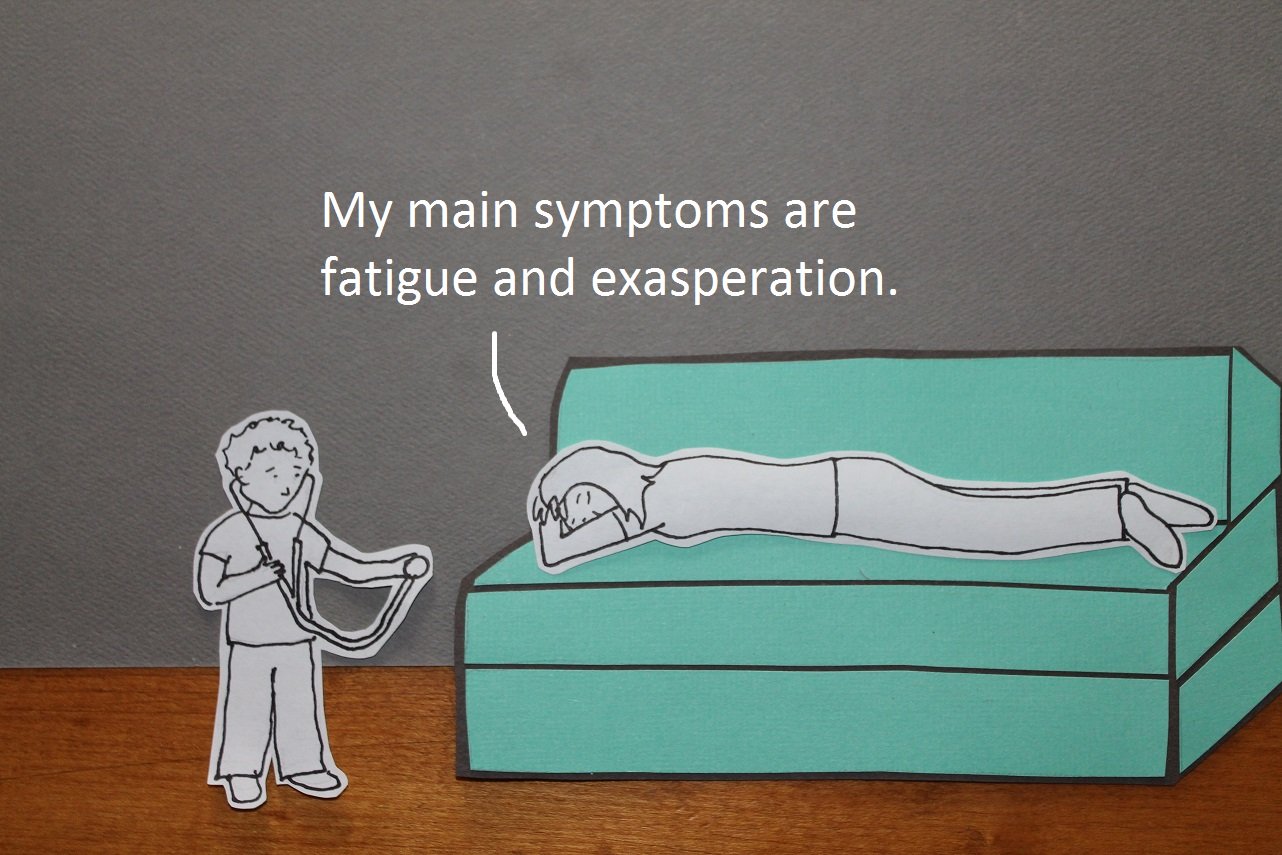 Oh no, doctor!  This patient is VERY sick!  So sick that she can’t move and can barely talk, although she is inexplicably able to text without a problem.  We’re not sure what’s wrong with her but are fairly certain that it can be cured by putting a thermometer in her mouth and having someone check her heartbeat a bunch of times. 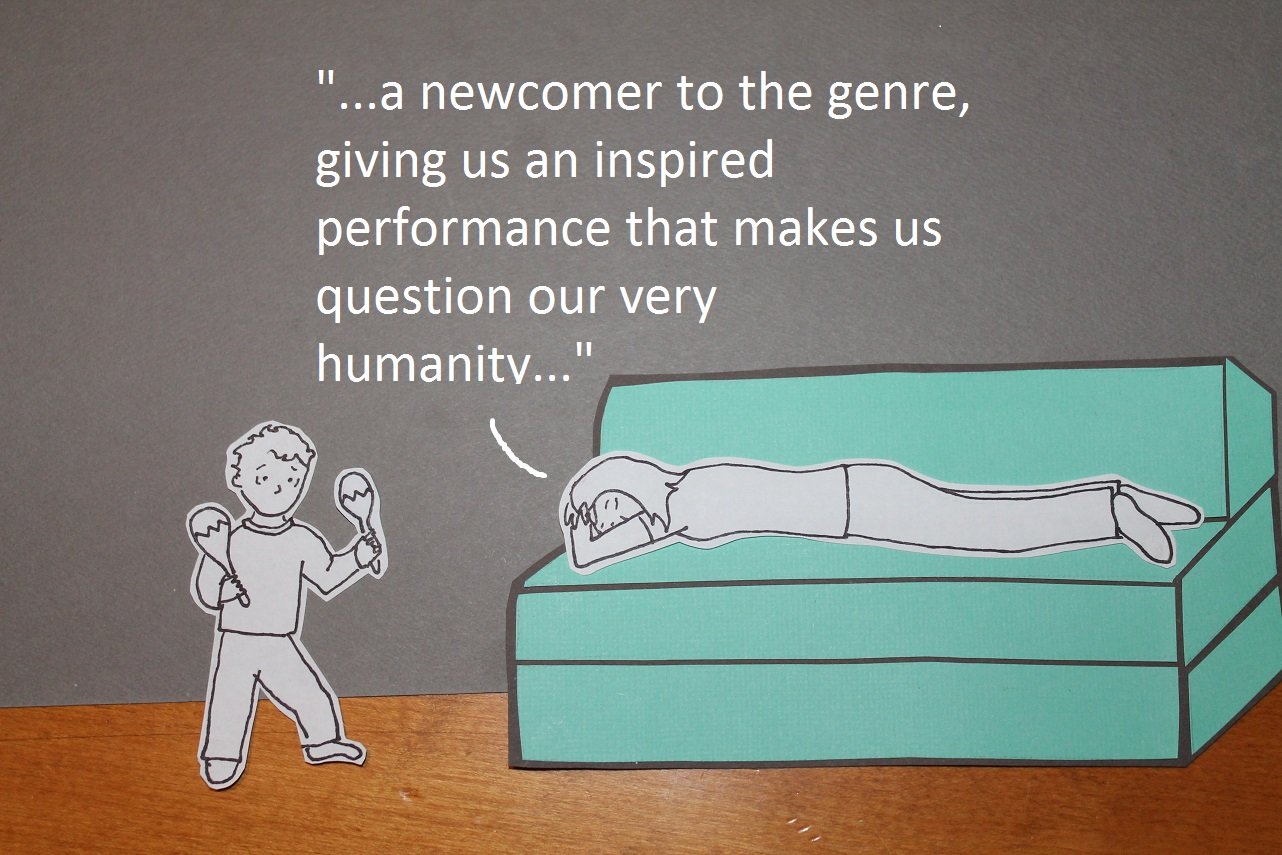 Relax as your child spends upward of an hour organizing and writing and choreographing a play or puppet show or dance number.  (Tell them to take a long time to really plan it out).  Before they begin, run into their dressing room and whisper, “There’s someone here from the Times!” and when the performance is completed, use an aloof voice to dictate a thorough and possibly scathing review of their efforts. 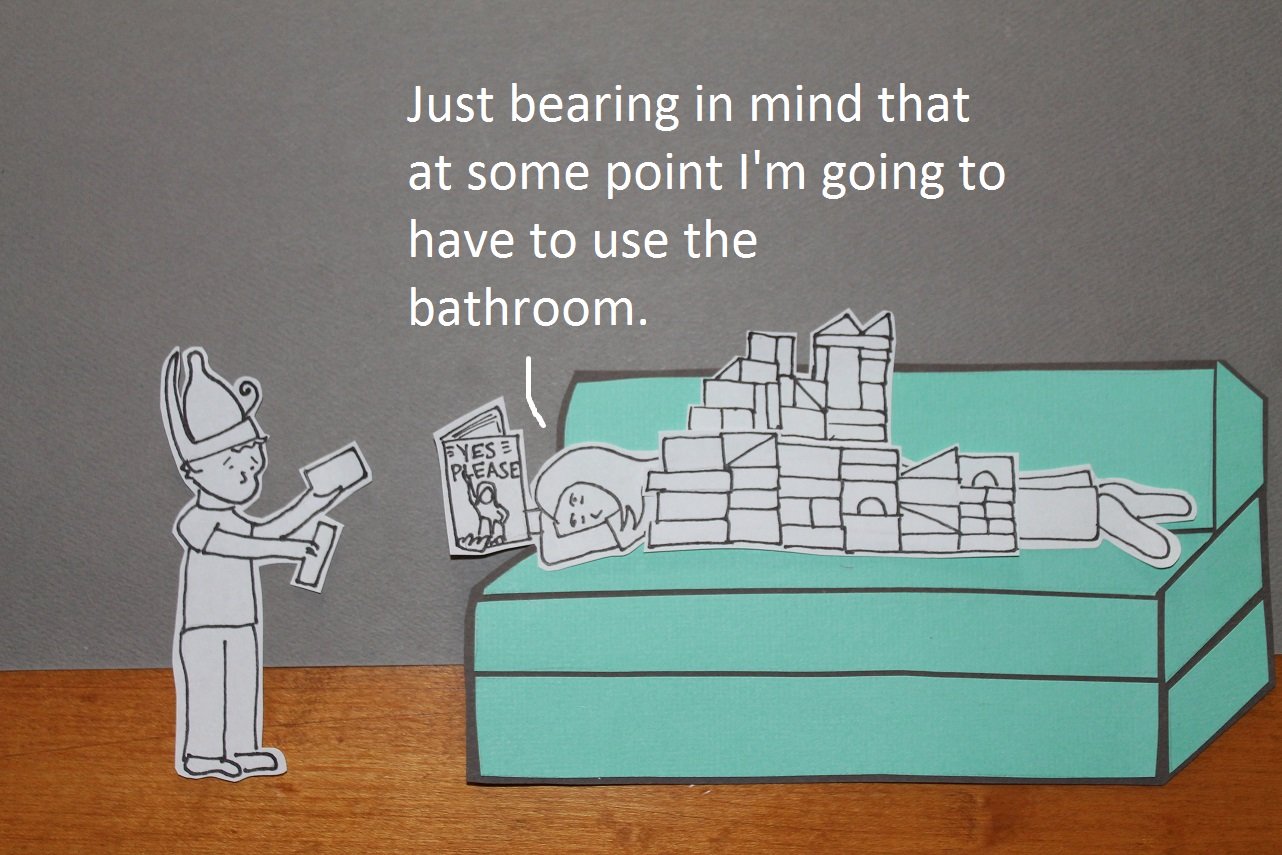 You are a deceased ancient Egyptian king who has been mummified in ACE bandages (“Not my face, please.”)  Your children are the workers, instructed to build you a tomb-like structure out of blocks and/or sofa cushions while you lie peacefully on the couch.  If they comment that an Egyptian mummy shouldn’t be reading something while being buried, remind them that kings were often buried with things they would need in the afterlife and that on a journey through the underworld there’s nothing wrong with bringing that Amy Poehler “Yes, Please,” book you had meant to read when you were alive but that you never managed to get to because you were so busy ruling Egypt. 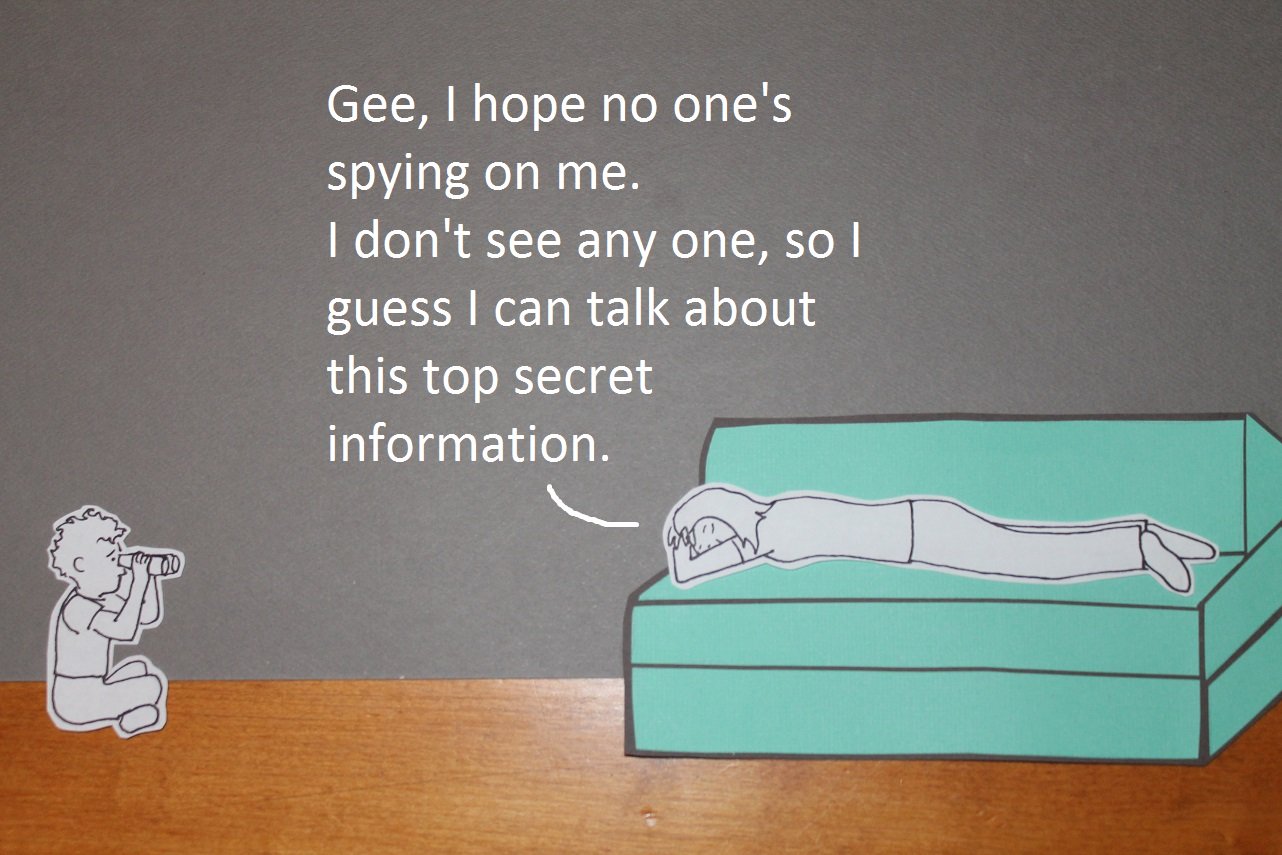 Your child has just received information that someone posing as his parent is actually a suspected criminal.  Using traditional spying techniques such as hiding and looking at the person through binoculars, have your child thoroughly investigate the actions of this suspected ne’er-do-well.  Instruct your budding sleuth to take copious notes as the suspicious character makes dinner (looks like some sort of risotto?) and/or lies on the couch watching Netflix. 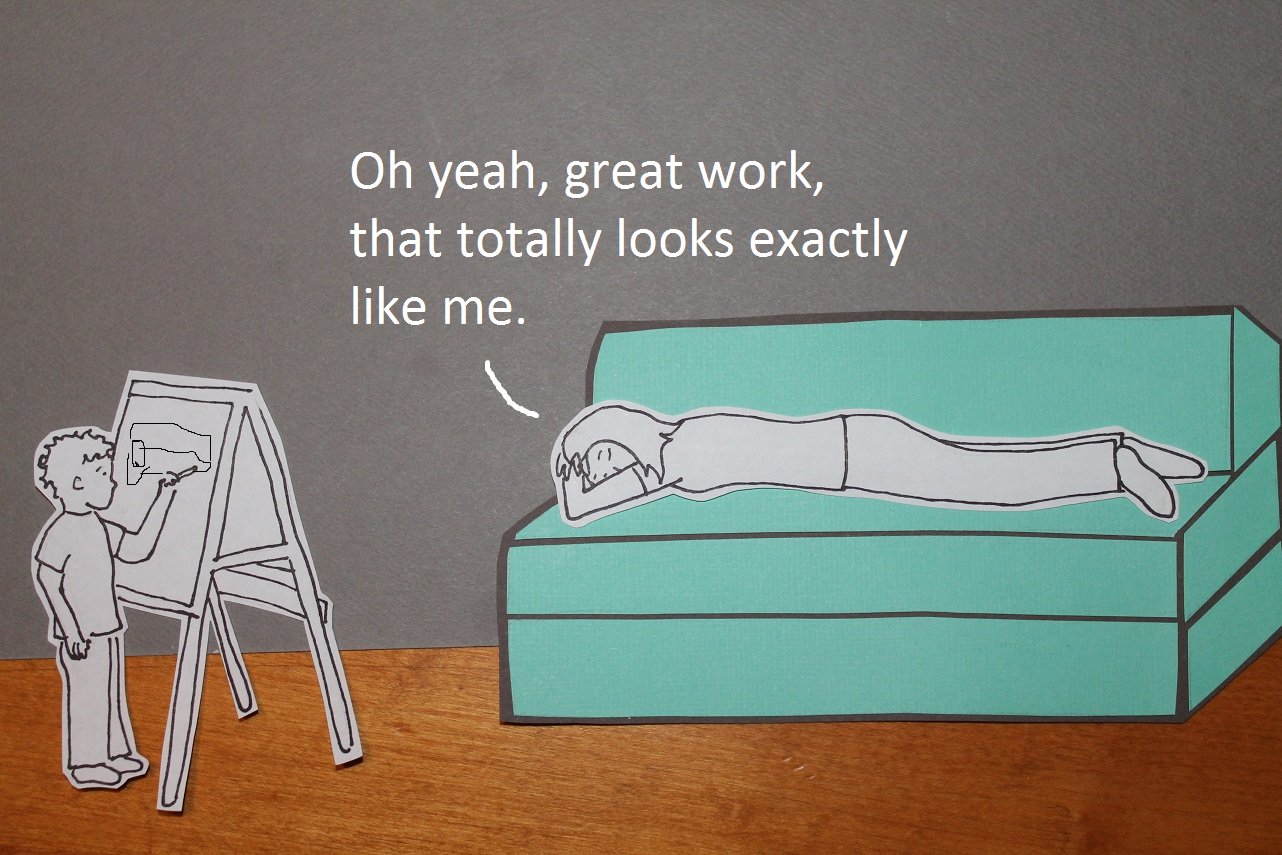 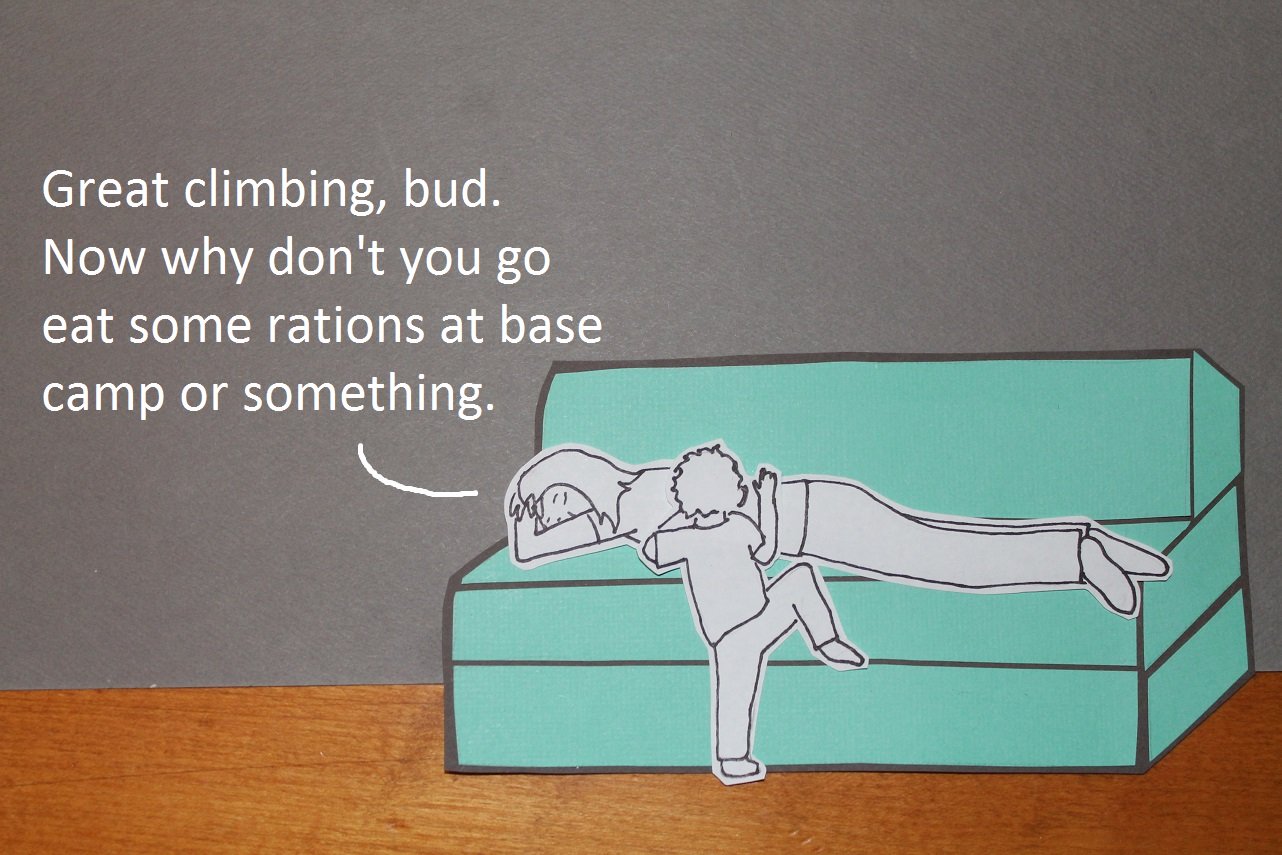 Your child is Sir Edmund Hilary and you are Mount Everest.  Let him literally just climb over your inert body while you lie there and wonder if you should go back to graduate school.  This does unfortunately involve your child climbing all over you, but definitely there are days when I’m like, “Do I want to actively engage with someone who’s enthusiastically screaming for me to run around like a lunatic or would I rather just lie there peacefully as he steps on my eye?” 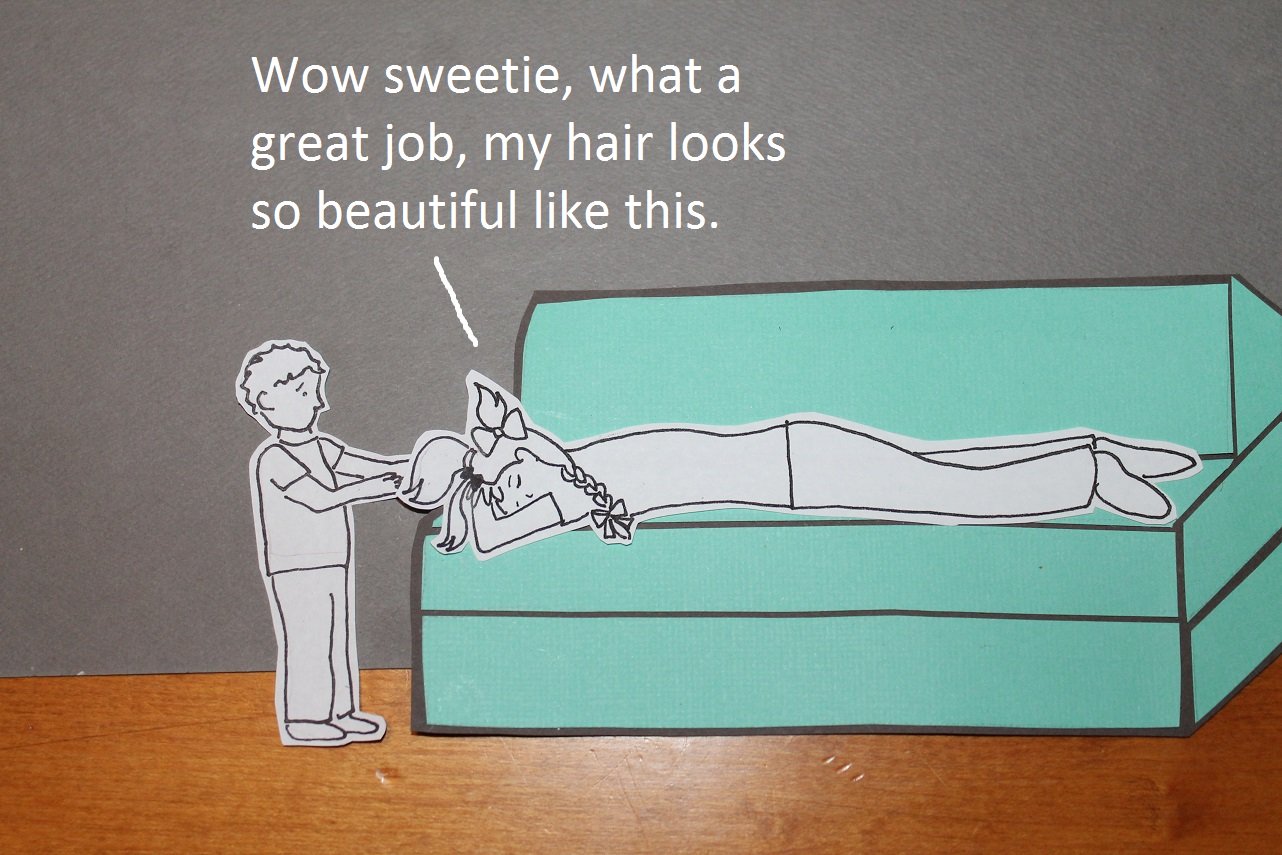 (Your script)  Hi, I have a big, important event tonight and I need someone to gently brush my hair for a really long time and then put it in a lot of ridiculous braids and ponytails using a plethora of embarrassingly juvenile hairclips and barrettes.  Have a lot on my mind, so not looking for a lot of idle chit chat while I get my hair done.  Just a qualified professional who can calmly work on my hair in total silence. 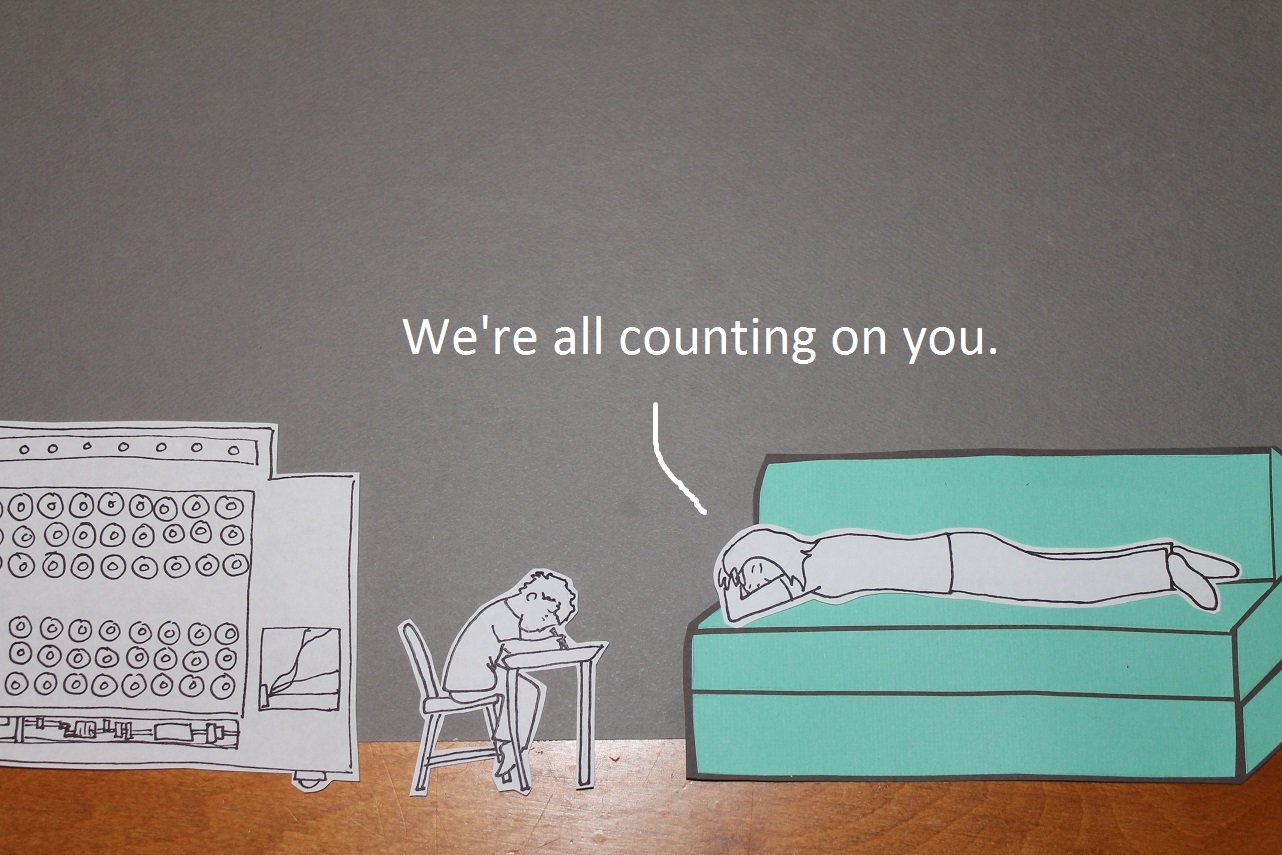 Your child is Alan Turing!  Give him page after page of code with the instruction that he needs to crack it in order to defeat the Germans and win the war!  Everyone is counting on him!  Make the code really complicated math problems that are a few years beyond what your child understands and then just lie on the couch calling yourself “The voice of the Allies,” saying things like, “This will change the face of history!” while also eating a Snickers. 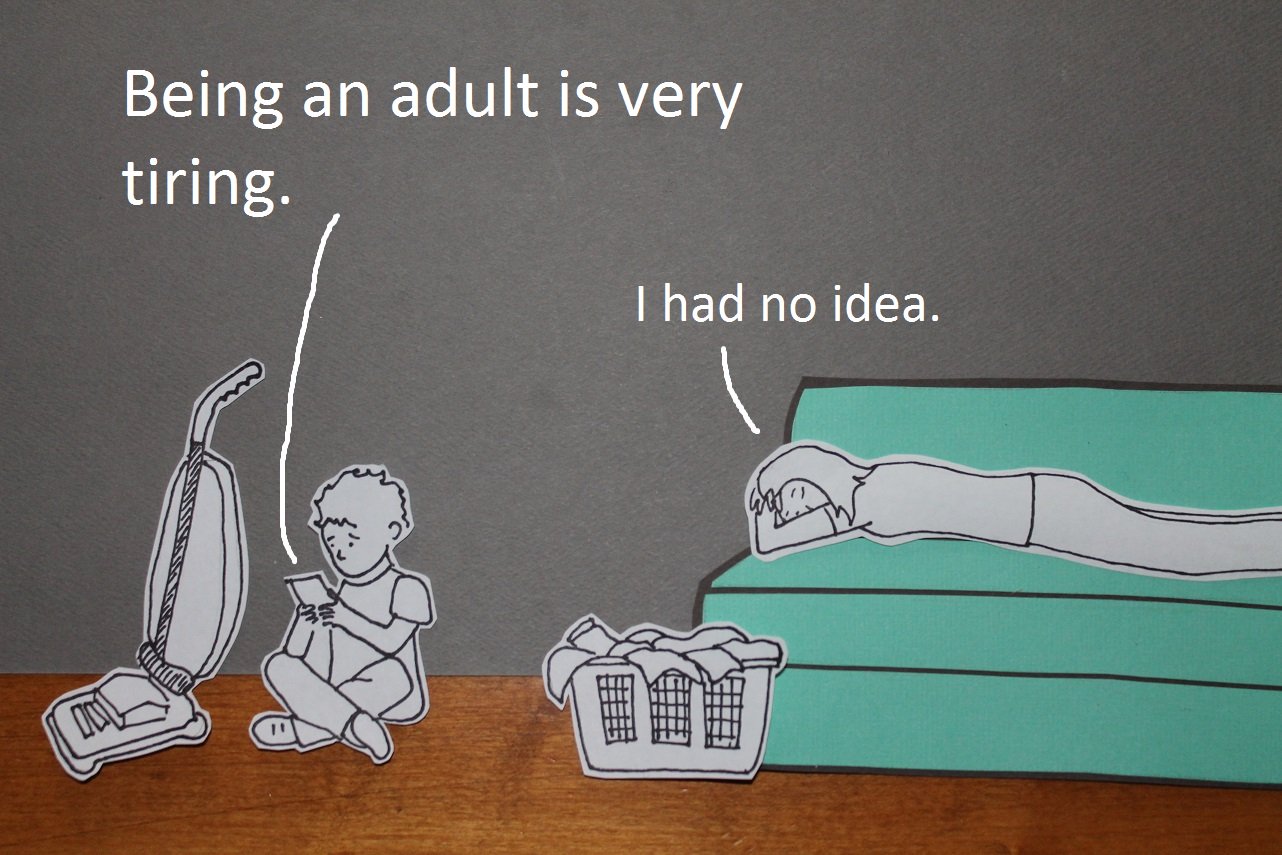 Have your child pretend he is in his late twenties living on his own in an apartment.  Tell him he is allowed to use the washing machine to do his own laundry (how fun!) and the upright vacuum to clean the rug (so cool and loud!).  If he asks you to somehow get involved, tell him that no, that’s not how adulthood works, you’re not just going to be around all the time.  If he insists on having some sort of interaction, tell him he can “call you.” You can lie on the couch and chat about his search for meaningful employment while you simultaneously pull out your credit card and (have fun!) book a 7 day/6 night stay in Costa Rica.

If you want to read more of my writing I have a book coming out later this year with Chronicle Books.  It’s about the history of spaghetti.*